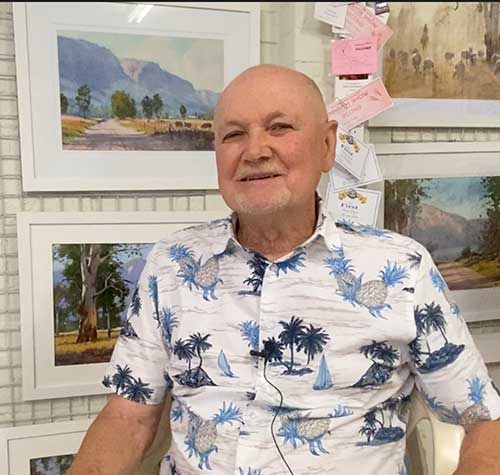 The guest artist this year is Frank Hodgert who has been exhibiting in the annual exhibition for a number of years and has always been a crowd favourite.

Based in Glenmore Park, Frank spends a lot of time in the areas surrounding Portland and has painted a number of Portland streetscapes over the years along with landscapes of the surrounding natural beauty, in both watercolour and oils.

Frank, who has taught art as well as many workshops and demonstrations, has had an interest in painting and drawing since childhood.

Frank has always had the yearning to draw and paint. His outlet in his early days was as a colour etcher in photo engraving and lithography, which is a part of the printing trade. Frank also worked in the graphic arts industry for many years.

Over the years he has attended many workshops to hone his skills and has won many awards for his work, including prizes at the Portland Art Exhibition.